The majority control of the All Progressives Congress in the Senate is currently under threat as no fewer than 20 APC senators have concluded plans to defect to the Peoples Democratic Party, Labour Party, New Nigeria Peoples Party and others.

The PUNCH learnt that the APC, which had earlier lost 13 senators to the opposition parties, might lose more parliamentarians aggrieved for losing their return tickets to the National Assembly during the party primaries.

It was gathered that the party leaders were worried that if the rate of defections continued and the opposition PDP gained more members, the ruling party might lose its majority status in the Senate.

During Wednesday’s plenary, Senator Dauda Jika representing Bauchi Central, announced his defection to the NNPP, bringing the number of APC senators to 67.

According to the state prosecution team, Olusola Soneye and Olufunke Adegoke, the convict committed the offence on December 18, 2017, in an uncompleted building around the Alaka area of Mushin, Lagos State.

The defendant was charged with sexual defilement, an offence which contravenes Section 137 of the Criminal Laws of Lagos State, 2015.

According to the prosecution team, the victim visited her grandmother on the fateful day.

While playing with other children outside the house, the convict lured her into an uncompleted building and forcefully had sex with her.

The prosecution said the convict was later arrested after the survivor walked home with blood dripping from her private parts and the defendant was identified by the survivor, who informed her aunt about the incident.

Justice Soladoye said the prosecution proved the charge of defilement against the convict.

The Kebbi state governor Senator Atiku Bagudu has approved the sum of 2bn naira to settle retirees who left active service in 2021 in Kebbi state.

This was disclosed by the head of the service in Kebbi state Alhaji Sufiyyanu Garba Bena during an extraordinary press conference at his office in Birnin Kebbi.

Bena who is the head of the verification committee working alongside the Kwaido committee stated that the sum of two billion, nine hundred and fifty are for full payments of retirees of 2021 in both states, local governments and local government education authorities in the state. 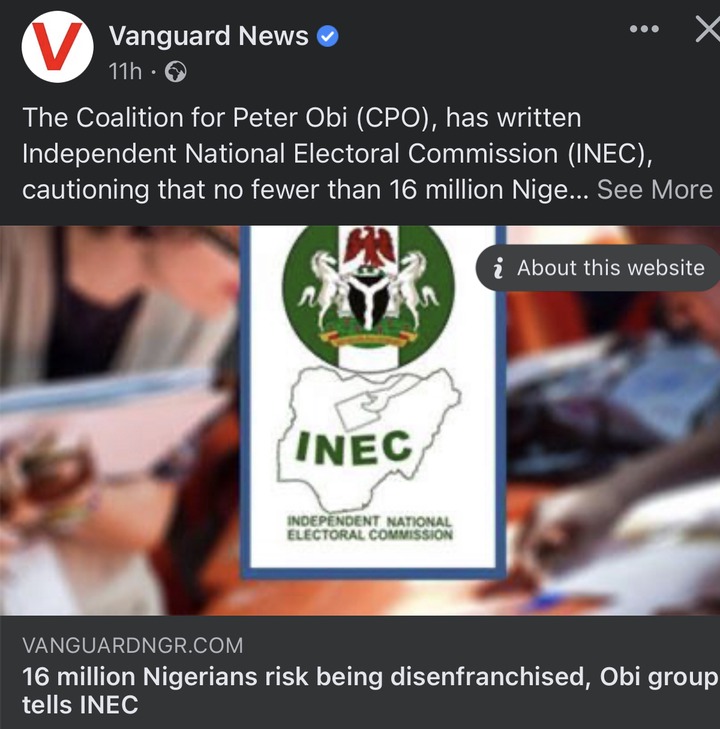 It also demanded the expansion of voter registration and validation infrastructure to serve the teeming numbers of people willing to register.

The group, which is funded by independent professionals and intellectuals in a letter dated June 16, which was signed by its Chairman, Marcel Ngogbehei, observed that no matter the number of years of extension of the voters registration and validation if the infrastructure is not expanded it will amount to a total waste of the nation’s time and resources.